In response to the convict’s statement, General Neth Savoeun commits to continue maintaining security and social order for Cambodia, particularly to arrest convict Sam Rainsy and his accomplices as ordered by the court.

According to a statement issued on Saturday, General Neth Savoeun informed Sam Rainsy and his accomplices that he has no history of abandoning the country, nor committing crimes or any treason acts that are against the peace and prosperity of the nation and people.

National Police Commissariat stressed that as a law enforcement agent, the national police will take all necessary and legal measures to effectively implement the court's order to hunt and arrest the convict for further legal actions.
=FRESH NEWS 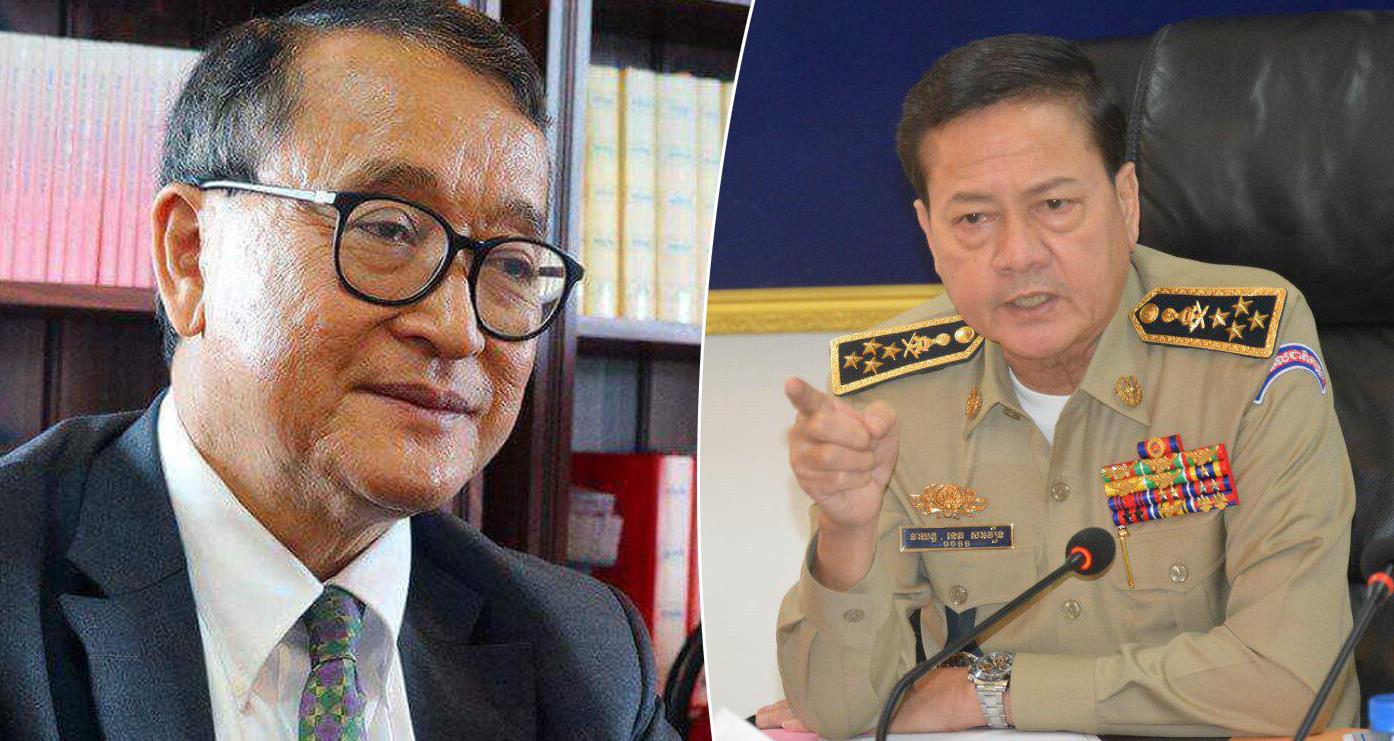 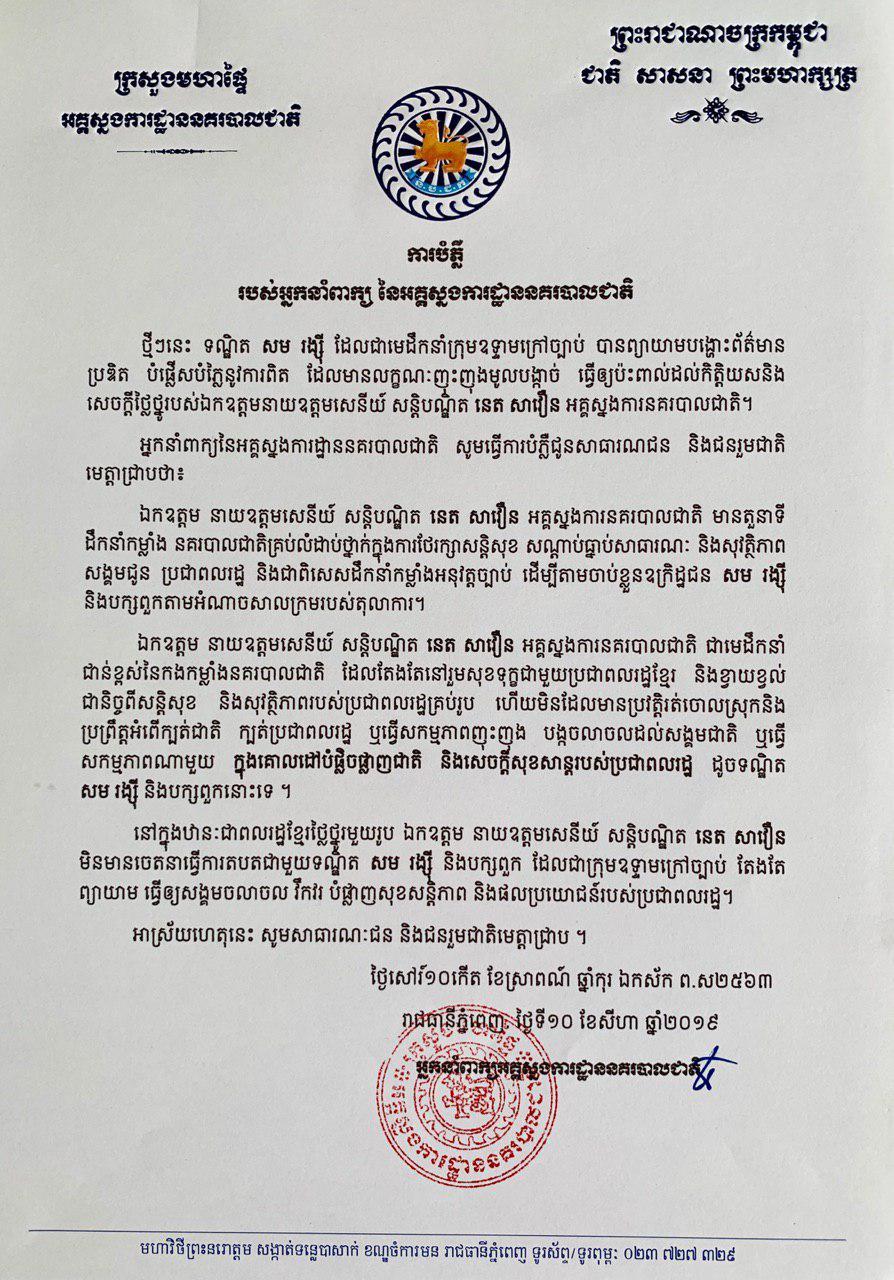